Recap: Python and Pyladies at SCALE13x

This weekend was the 13th annual SoCal Linux Expo, or SCALE13x. It's held every year at the LAX Hilton. 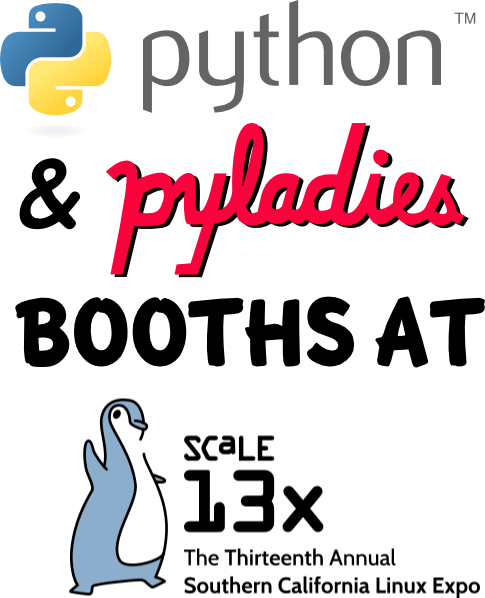 I spent most of my time on the left side of the Pyladies booth, while Daniel was next door on the right side of the Python booth. Sometimes we crossed over into the opposite booths :)

The setup sounds formal, but it was more like a friendly Python user get-together at the booths. People often came and stayed just to hang out. It was great to catch up with friends whom I haven't seen in a couple of years. We also got the opportunity to invite a lot of people who came by to future Python/Pyladies meetups throughout SoCal.

I'm @audreyr, a programmer and co-author of the Two Scoops of Django and Ambria series. Married to @pydanny. Love Python, JS, CSS, and R. MIT Electrical Engineering and Computer Science, 2005. I'm also an artist, and I like to cook.